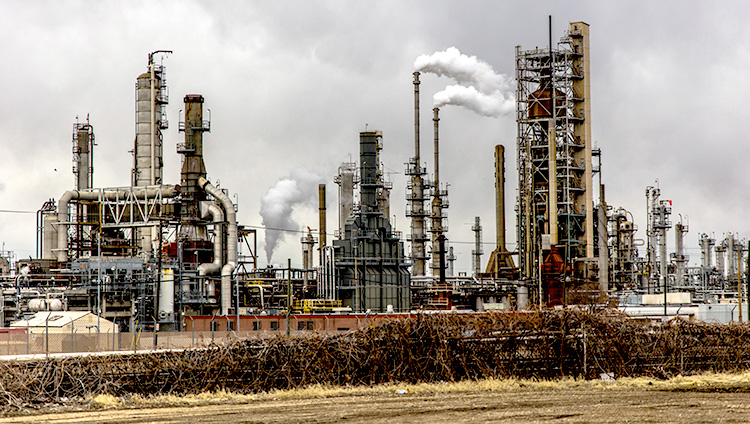 INITIAL CONCERN
The catalyst for this study was the concern that main structural I-beams at a Petrochemical facility could be suffering from degradation due to the fracturing of a fire-resistant concrete that was applied during installation. The initial goal is to locate possible damage caused by oxidation due to water ingress through the fractures that could affect the integrity of the structure as well as determine the extent of the damage revealed without the removal of the fire protectant.

COMMENTARY OF ANALYSIS:
This paper will focus on the ability of high energy X-Ray photons to penetrate structural steel encased in fire proofing material. Based on the previous results, as demonstrated by the Iridium 192 image below and
considering the energy levels associated, it is hypothesized that to penetrate a specimen consisting of a 12” I-beam with a web thickness of .750” and flange thickness of .500” encased in 14” x 16” fireproofing concrete, that energies of 2 MeV or greater will be necessary to reveal artificially induced degradation. These discontinuities consisted of 3 drilled holes .500” in diameter at 3 different depths 1/4t (.1875”), 1/2t (.375”), and 3/4t (.500”). These depths were chosen in an eort to simulate expected damage that could jeopardize the structural integrity of the beams at specific areas of concern.

PREVIOUS ATTEMPTS:
When the concern was initially revealed, a concerted effort was made to radiograph the suspect area using digital radiography (DDA) and an Iridium 192 isotope and 400 KV X-Ray tube. While both Iridium and 400 KV were successful in producing an image, the image lacked definition and sensitivity to reveal the extent of the damage. It was noted the aggregate within the concrete drastically attenuated the photons of the radioisotope. After assessing the image, along with the procedure parameters, it was pondered that utilizing shorter wavelength photons, effectively reducing the amount of particulate interaction within the specimen, should provide the desired definition and sensitivity.

Taking notice of the primary bands of energies, it is realized that the primary bands decrease in wavelength as the energy is increased. The main spectrum, at any of the three energies listed, is not considered optimal. The primary bands are below or at pair production energy (1.02 MeV), which emit ionizing particles as well as photons that increase forward scatter, reducing definition and sensitivity. The options available to eliminate these unwanted energies are to; filter out the undesired energies, use the higher energy levels to increase the percentage of the desired energies to the digital detector array in the shortest time possible to reduce the forward scatter and eliminate particle interaction, or a combination of both. A series of tests were conducted using different combination of these options to determine which option provided the most optimal image quality. It should be considered, that circular particle accelerators only function at a percentage of the tube potential when variable energy levels are selected. For example, when running a 7.5 MeV accelerator at 2.5 MeV the tube is only performing at 5% of the tube potential, when set to 5.0 MeV the tube is performing at 33%, and only 7.5 MeV is the output at 100% capacity. These tubes also pulse, so to gain maximum effciency, synchronization of the detector and the tube would prove advantageous. For this exercise, the tube and the detector were not synchronized.

Fire proofing material: A fire retardant concrete could not be sourced; however, in an effort to conduct the testing, a cement/sand mixture with aggregate up to .5” was used. This particular mixture does not accurately represent the fire retardant used in the original specimen. As the retardant is known to be less dense than typical concrete and the aggregate is considerably smaller in size and less dense than the rock used, the mindset here, is that since concrete mixing is not an exact science and di erent materials may have been used for the creation of the concrete for different columns, if we are able to reveal the artificial damage within the blend that is more dense than the fire proofing sample provided, the probability of disclosing damage with less volume will be considerably higher; consequently increasing the sensitivity and definition.

HYPOTHETICAL CONCEPT:
During our attempt with Iridium 192 and 400 KV, it was discovered that the thickness and characteristics of the concrete drastically attenuated the photons in the bandwidth provided by the radioisotope and X-Ray tube, Irdidium energies are composed of 10 distinct energies ranging from .21 to .61 MeV with the primary energy at .35 MeV, (there is some debate depending on the referenced material) and the spectrum upon energies found with the X-Ray tube at a maximum output of 400 KV. It is postulated that the longer wavelengths of these energies are being heavily absorbed within the cement, and significant buildup is causing excessive scatter to the image compromising sensitivity and definition. The basic principle here is to eliminate the excessive scatter by lessening the particulate interaction, electron/positron emission associated with the pair production principle and attempt to penetrate the specimen with photons in the 2 to 7.5 MeV range. Inherently, X-Rays produce an energy spectrum with the highest output at the maximum capacity of the accelerator. This spectrum, although consisting of all energies, possess bands of energies that have more intensity than other energies within the spectrum. 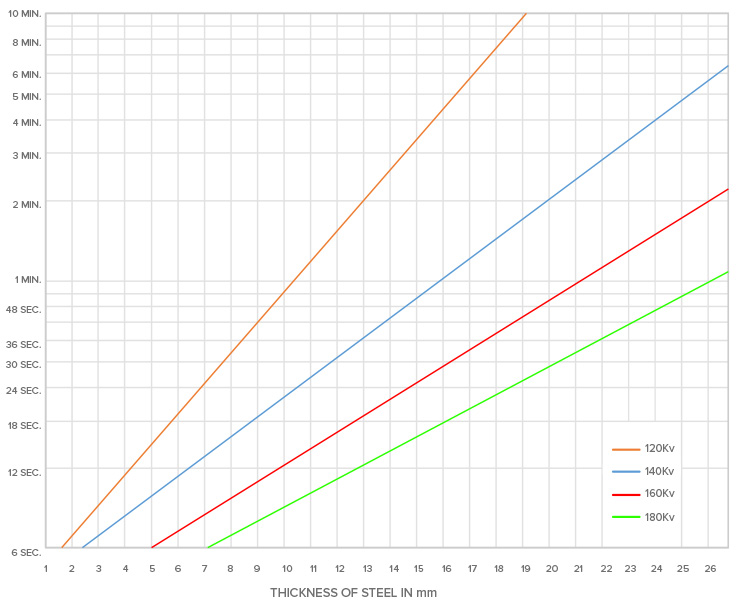